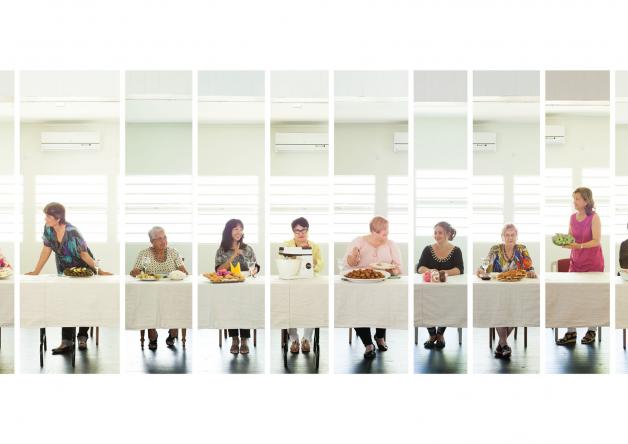 The Last Supper is unfolding: it now consists of four interventions, three of which will take place in Beenleigh.

The first is a commission for some sweet relief for those afflicted by homesickness: a custom-designed chocolate from Poppy’s Chocolate in Beenleigh.

Elizabeth Woods and myself were invited to Jenny's home to talk about what she was going to cook for The Homesickness Project. Jenny told us of her historic family connections to some of the iconic farmsteads in the region. She talked about the recipes she cooked as a young girl and still cooks today.

On Friday, Mariuta made Langos for the members of the Beenleigh Multicultural Cooking Group. As always everyone was happy and excited to see their friends after a two week break. After the catch up it was down to hearing and watching how these delicious fried Romanian breads were made. Mariuta is very loved by the entire group and we consider her to be one of our master cooks. She makes with love and shares with even more love.